Xbox One PSU Tear Down and how to repair

A friend of mine was going to Los Angeles for a business trip and since I'd heard there was a big price difference between an Xbox One from the UK (£429) and an Xbox One in the USA ($499 = £301) I asked them to pick me one up.

For some reason I assumed that the Xbox One would be supplied with a dual voltage power pack (as is the case with most technology like laptops and mobile phones these days). Even though the supplied PSU had a US plug I assumed (wrongly) that it would work with the 240v UK power system, I didn't bother to check the specifications on the underside of the brick (where is states 110v only).

What happened next was a loud pop and a smell of burning electrics as I plugged the PSU into the mains socket (using a US to UK plug adapter). Fortunately I hadn't plugged the Xbox One console itself into the PSU, so at least I shouldn't have to replace the whole console.

I then set about contacting support on the Xbox Live website to see if I could source a replacement PSU. Fortunately they sell replacement PSU's for around £30 inc P&P, so I ordered one. The only problem is the 10-20 day wait, I guess they're still struggling to build these things to meet demand.

So since I have a duff PSU I thought I'd see if I could repair it myself, so here's a work in progress of the Xbox One PSU tear down, analysis of problem and repair (hopefully).

Here's the underside markings of the PSU I'm taking apart: 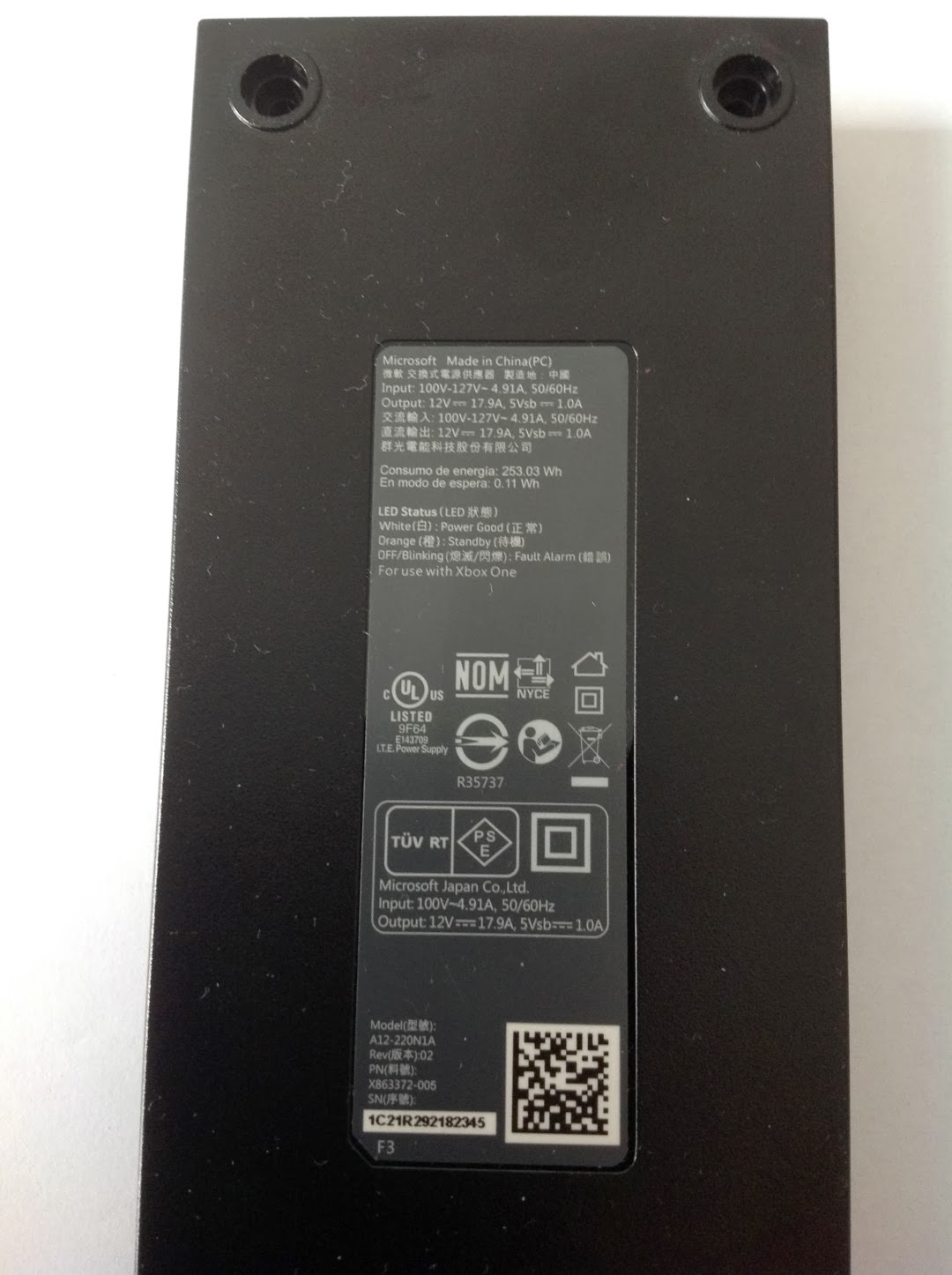 To get inside the PSU you first need to slide a knife under the four rubber feet on the base and cut them off, there's no point trying to lever them off as you'll just destroy them. You can always stick them back on with double-sided tape later. 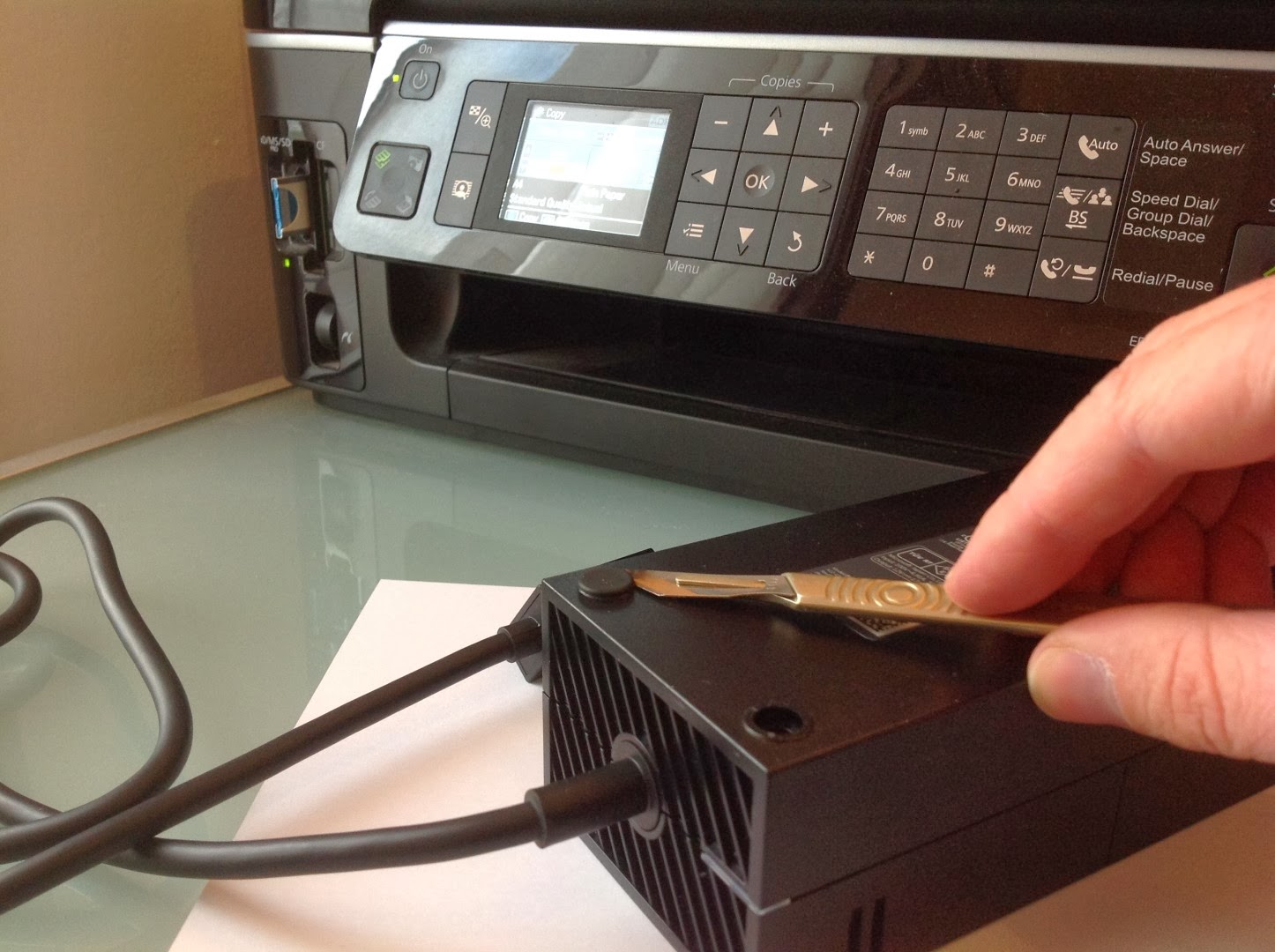 Now you need a small screwdriver to dig out the plastic cap by inserting it into the small hole in the centre of the rubber foot. 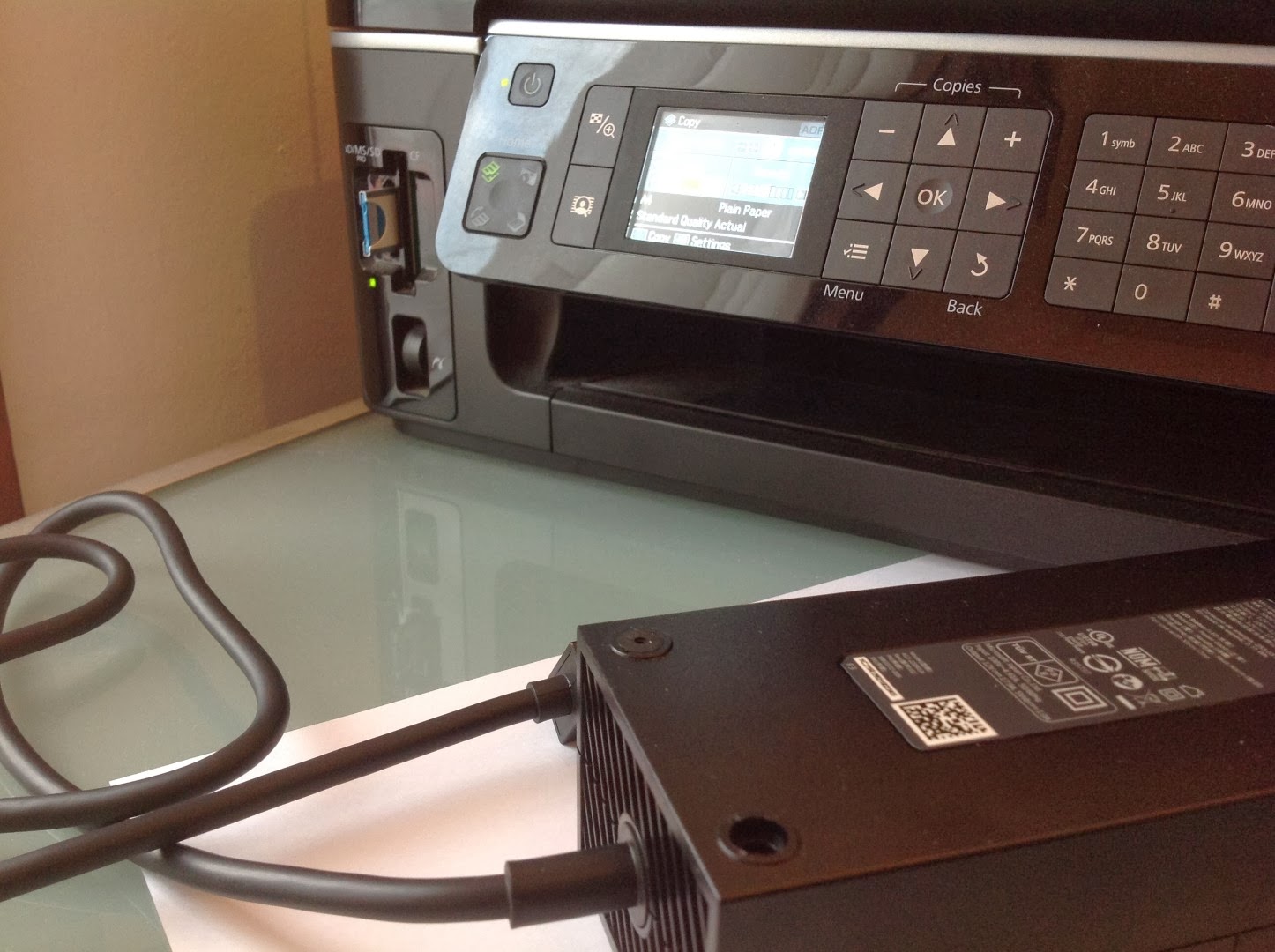 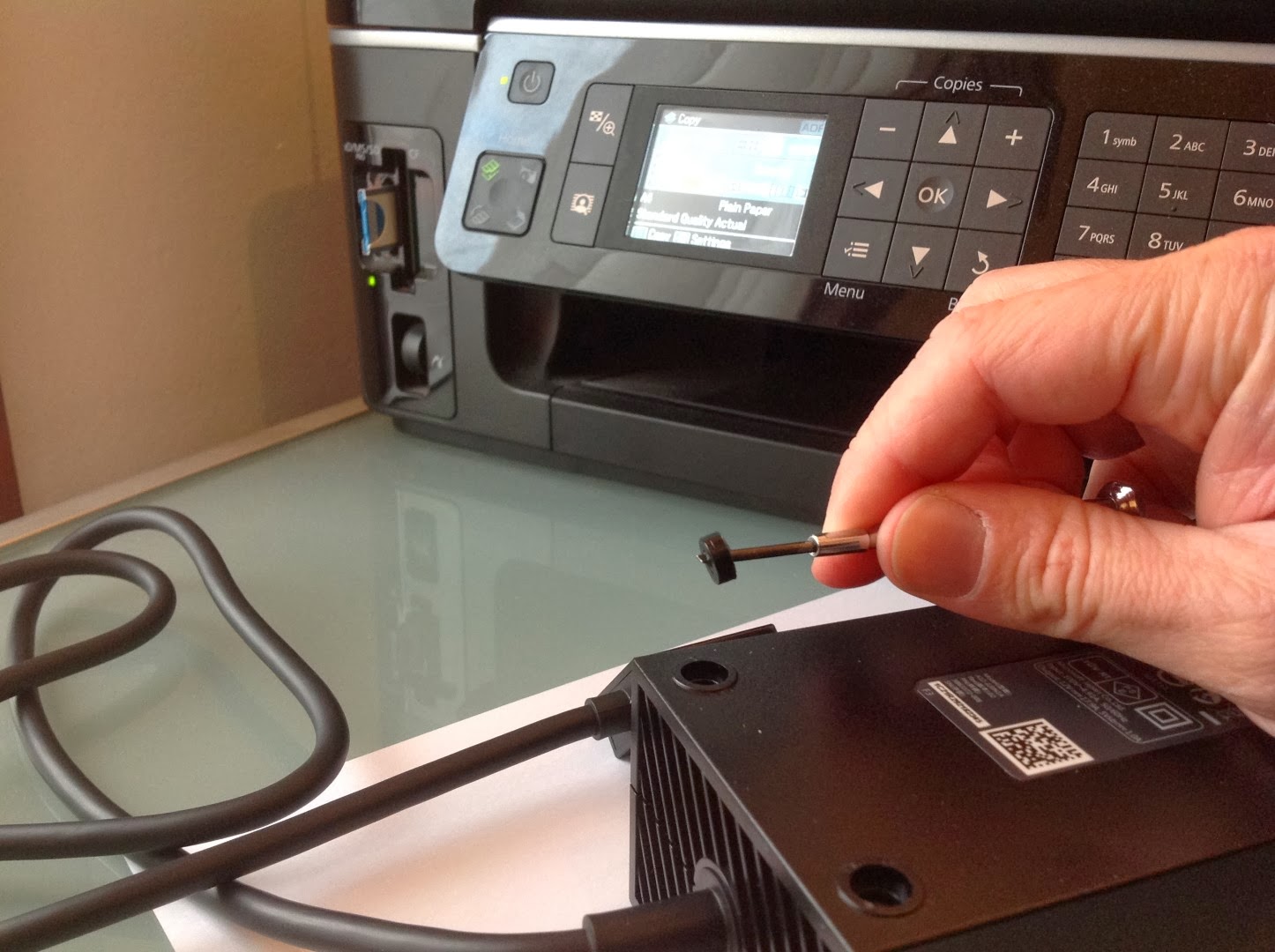 Now you can see the torque security screws 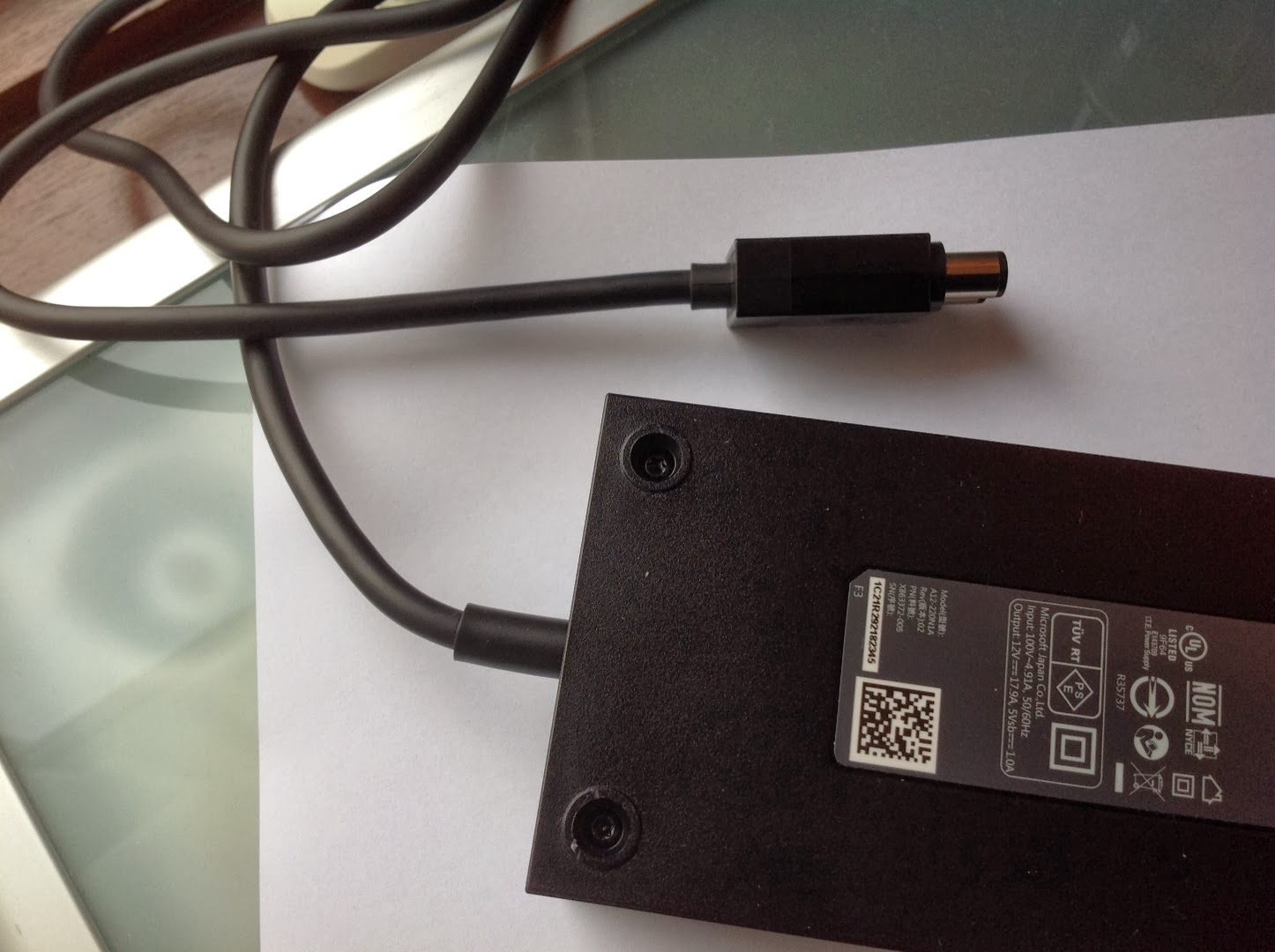 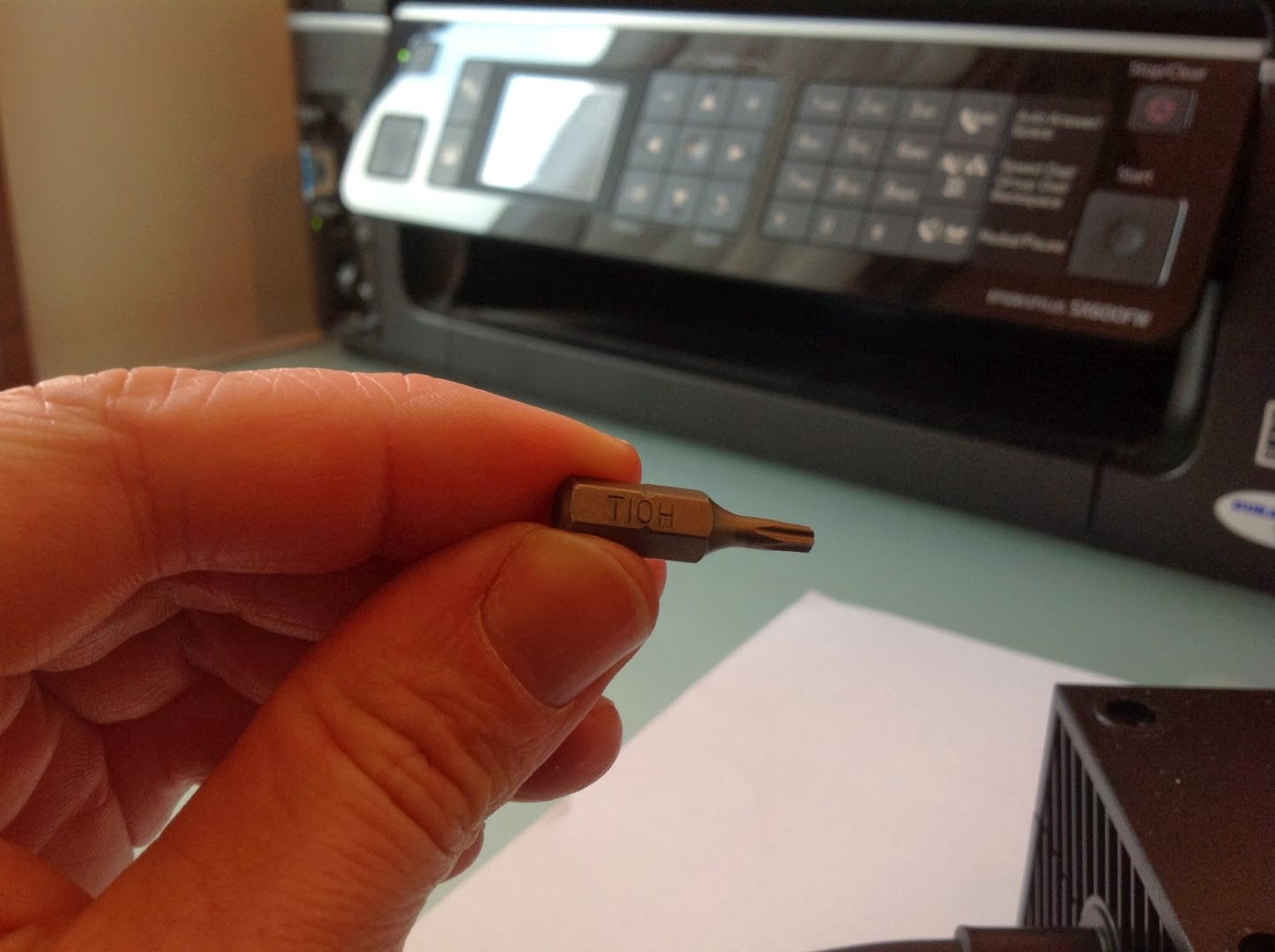 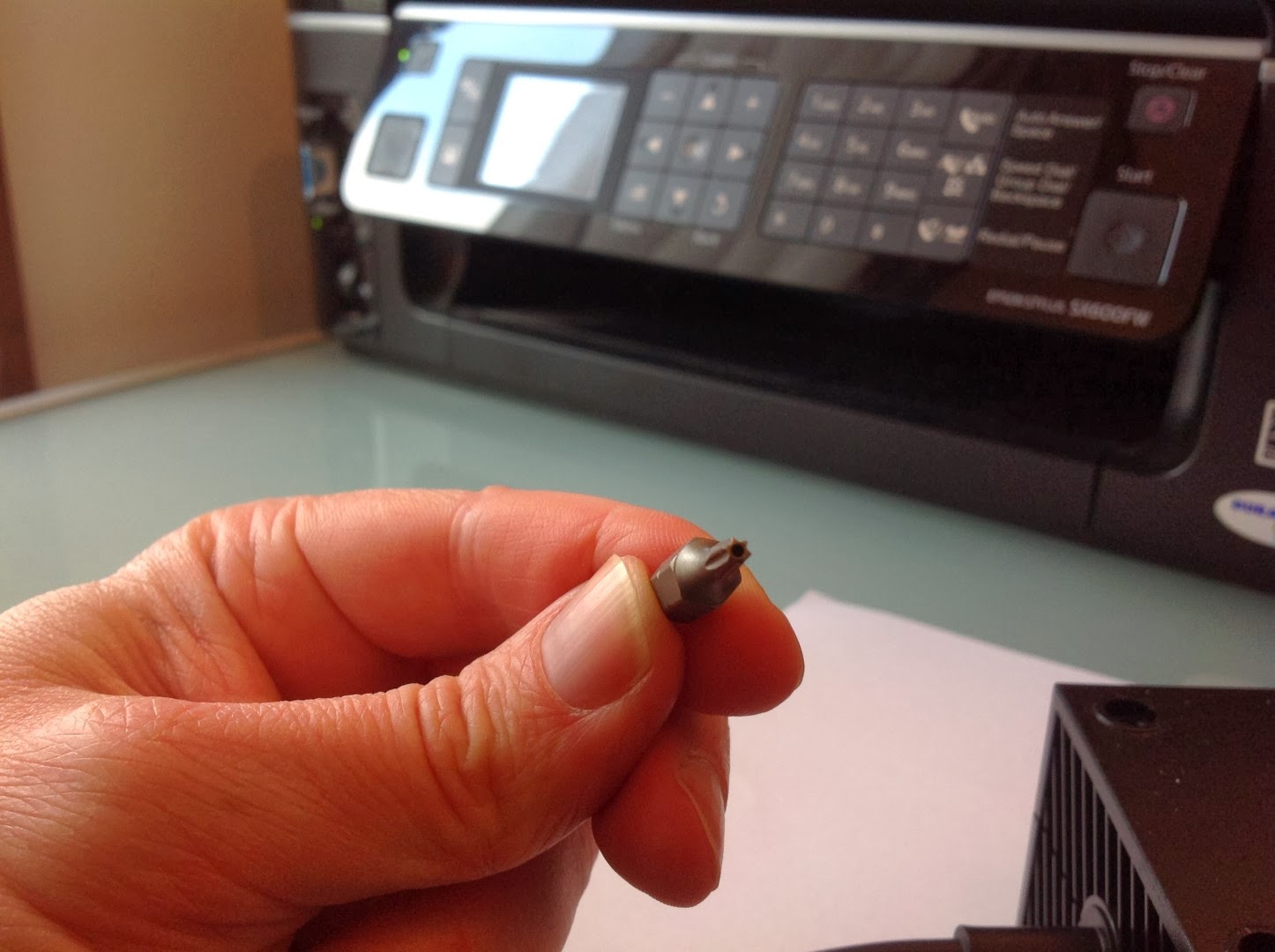 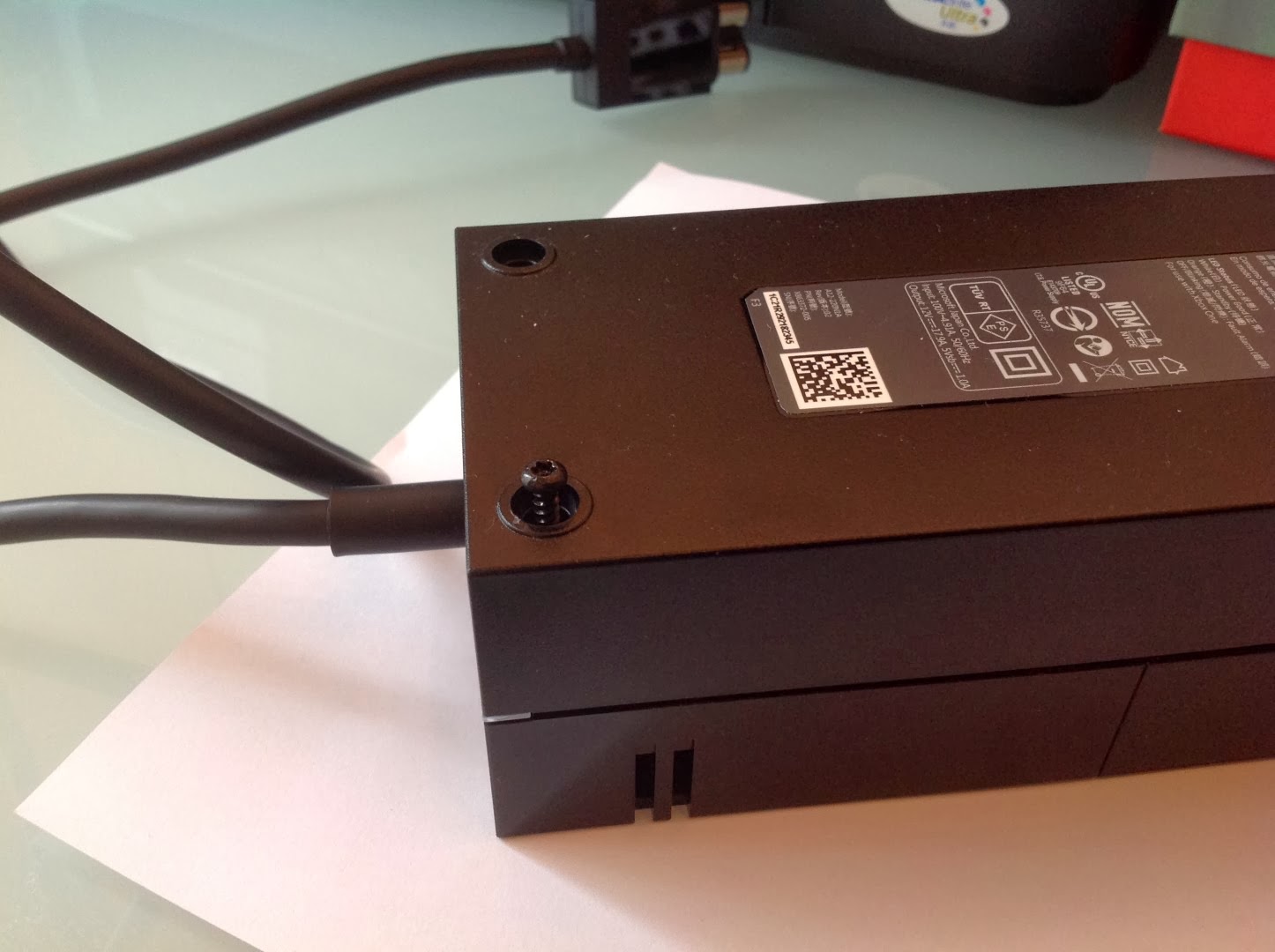 Once the screws are removed you can separate the two halves of the power supply case with a little wiggling. The top half of the case houses the PSU fan, simply disconnect the fan cable from the main board. 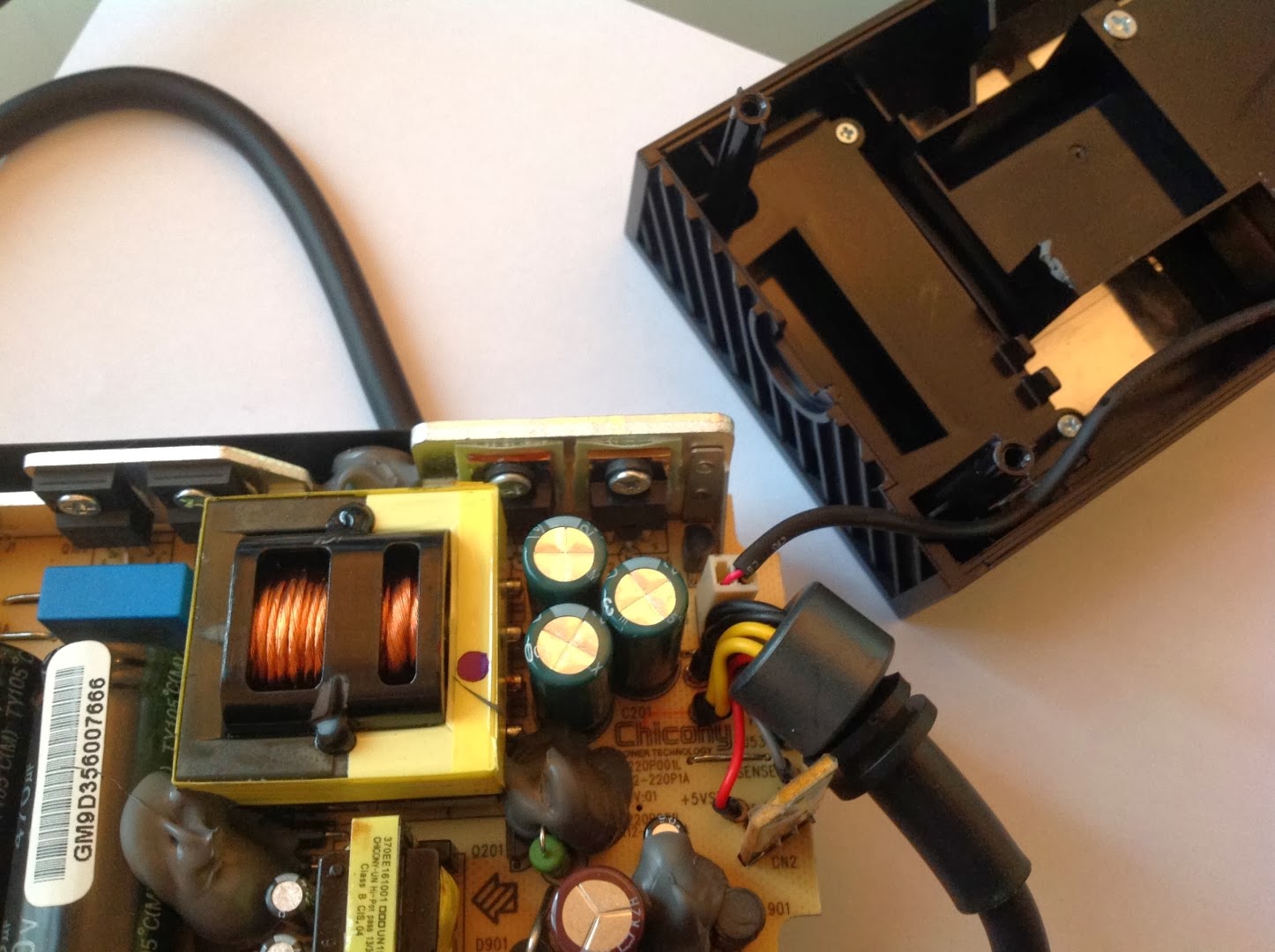 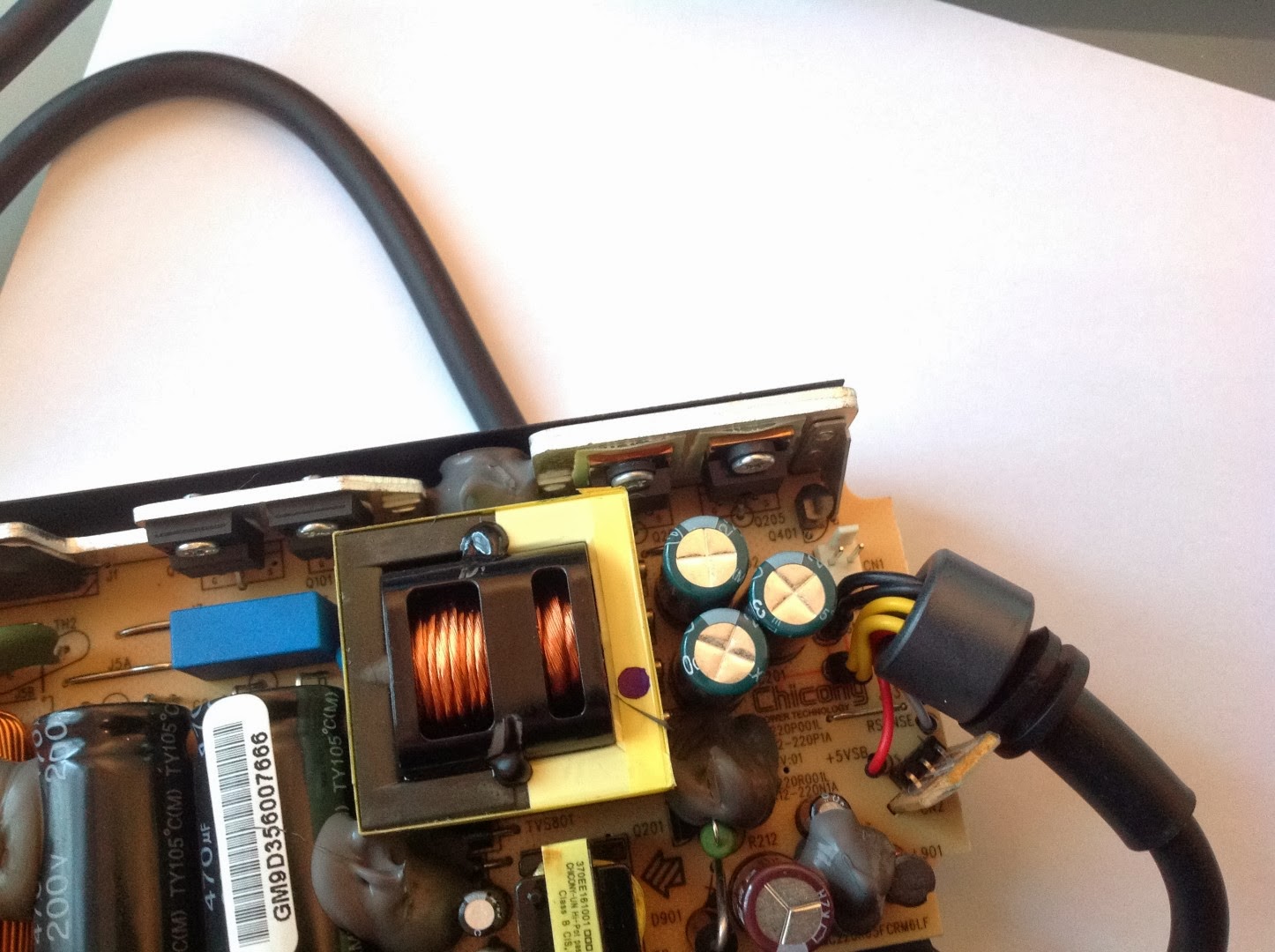 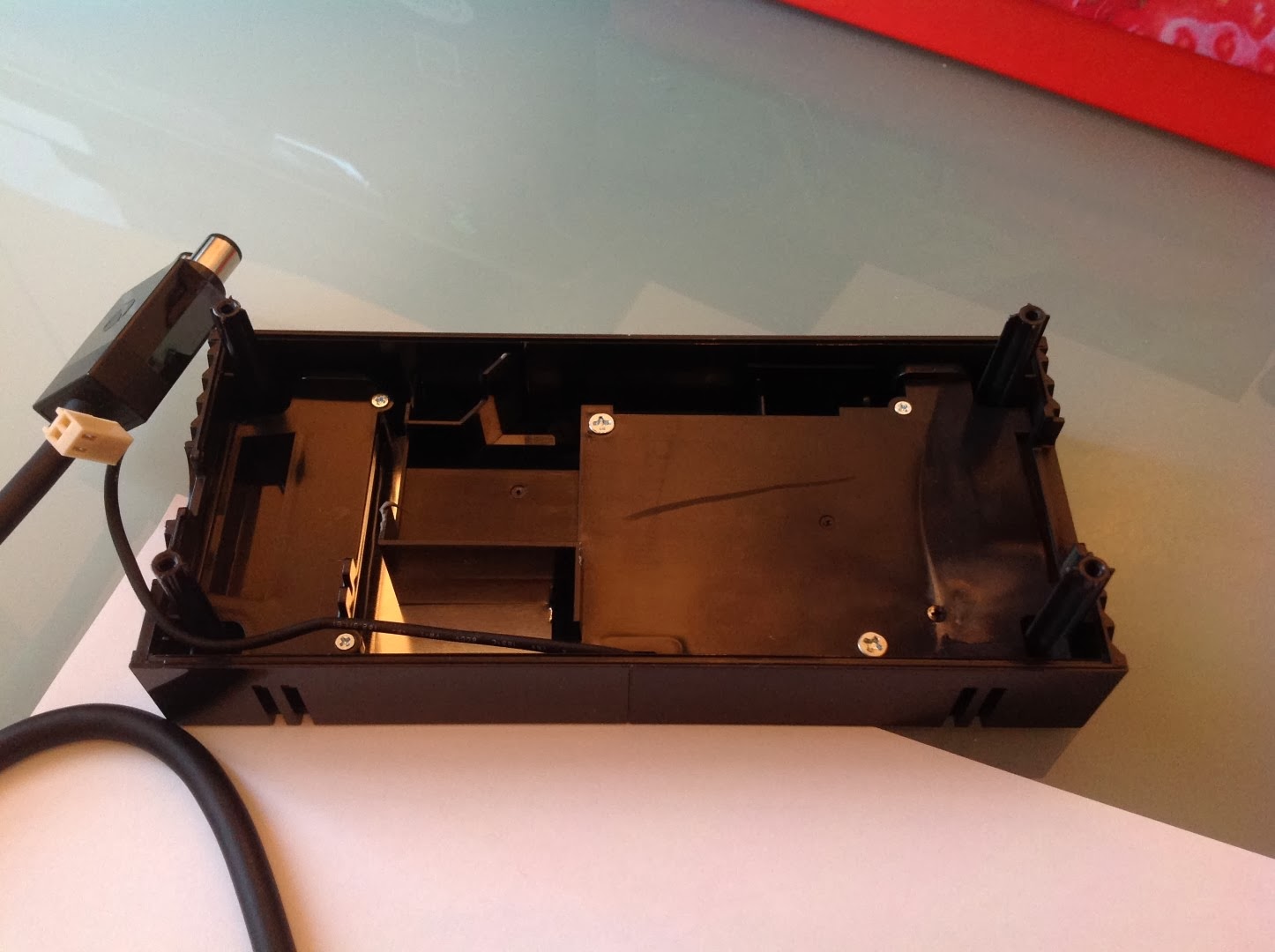 Be careful not to lose the plastic light from the corner 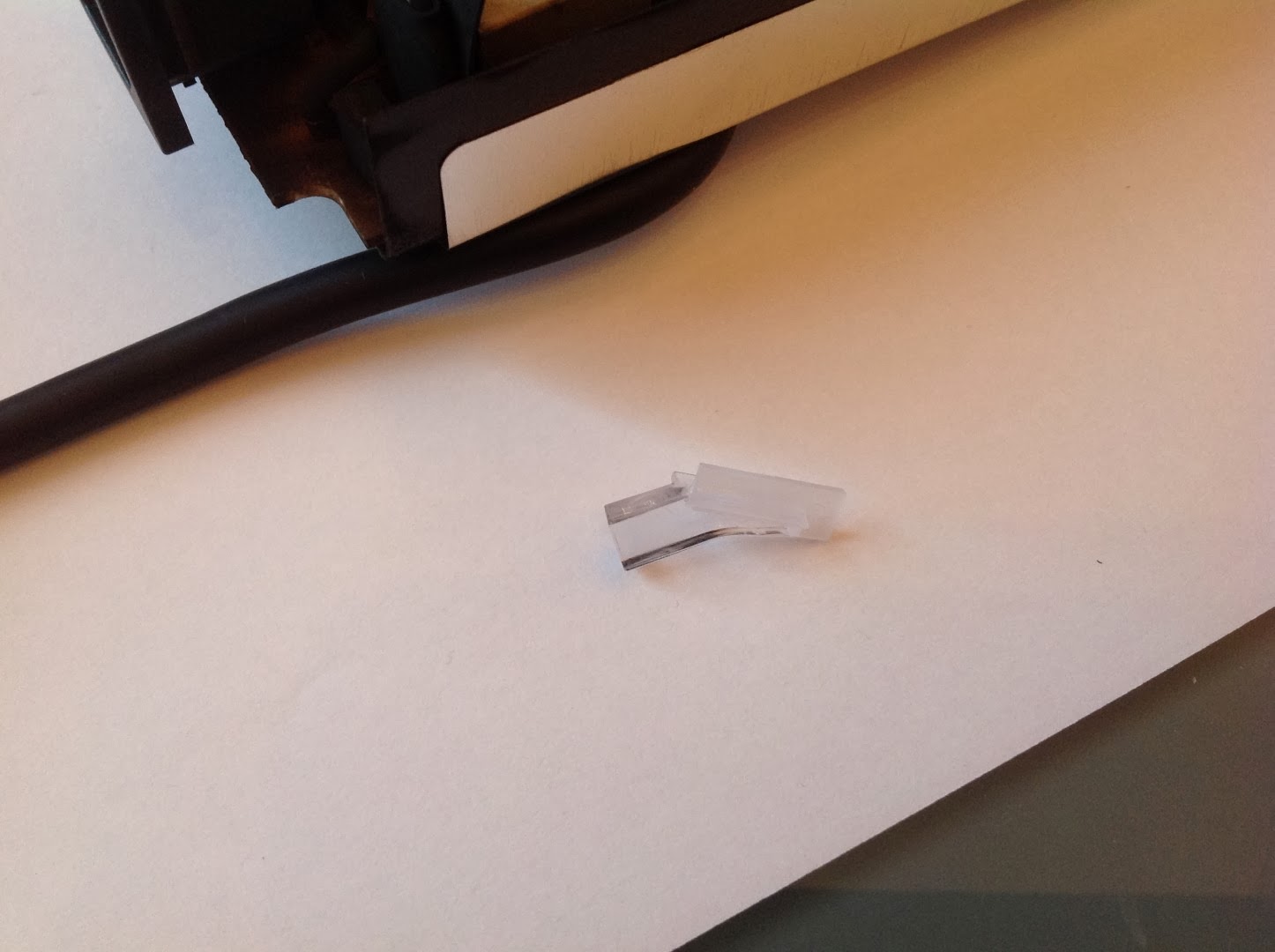 Next we get our first glimpse of the main board itself, it's pretty obvious where the burnout has occured judging by the blackness. 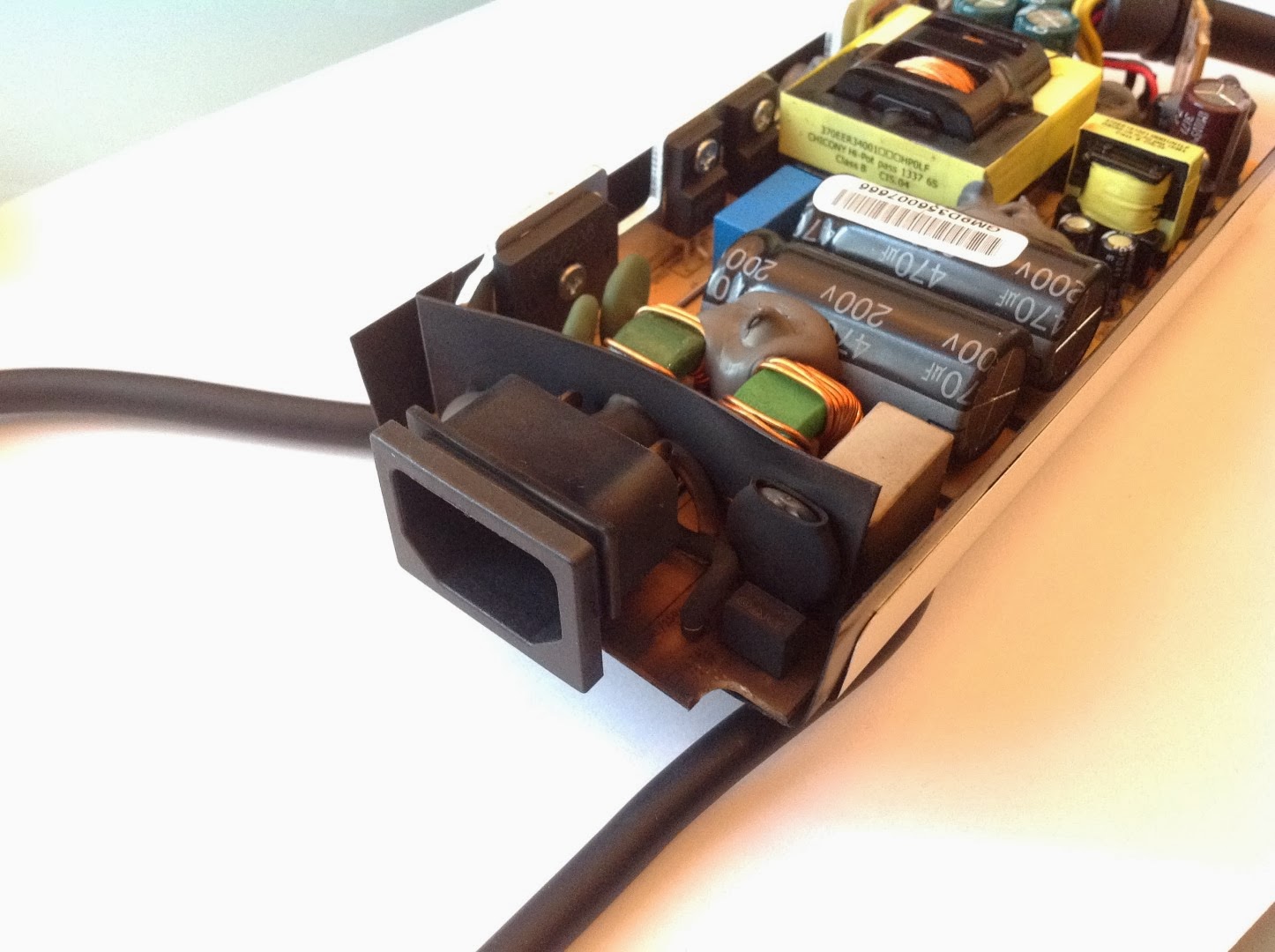 To further investigate the damage we need to de-solder the plastic shielding from the base, there's a tab at each end. 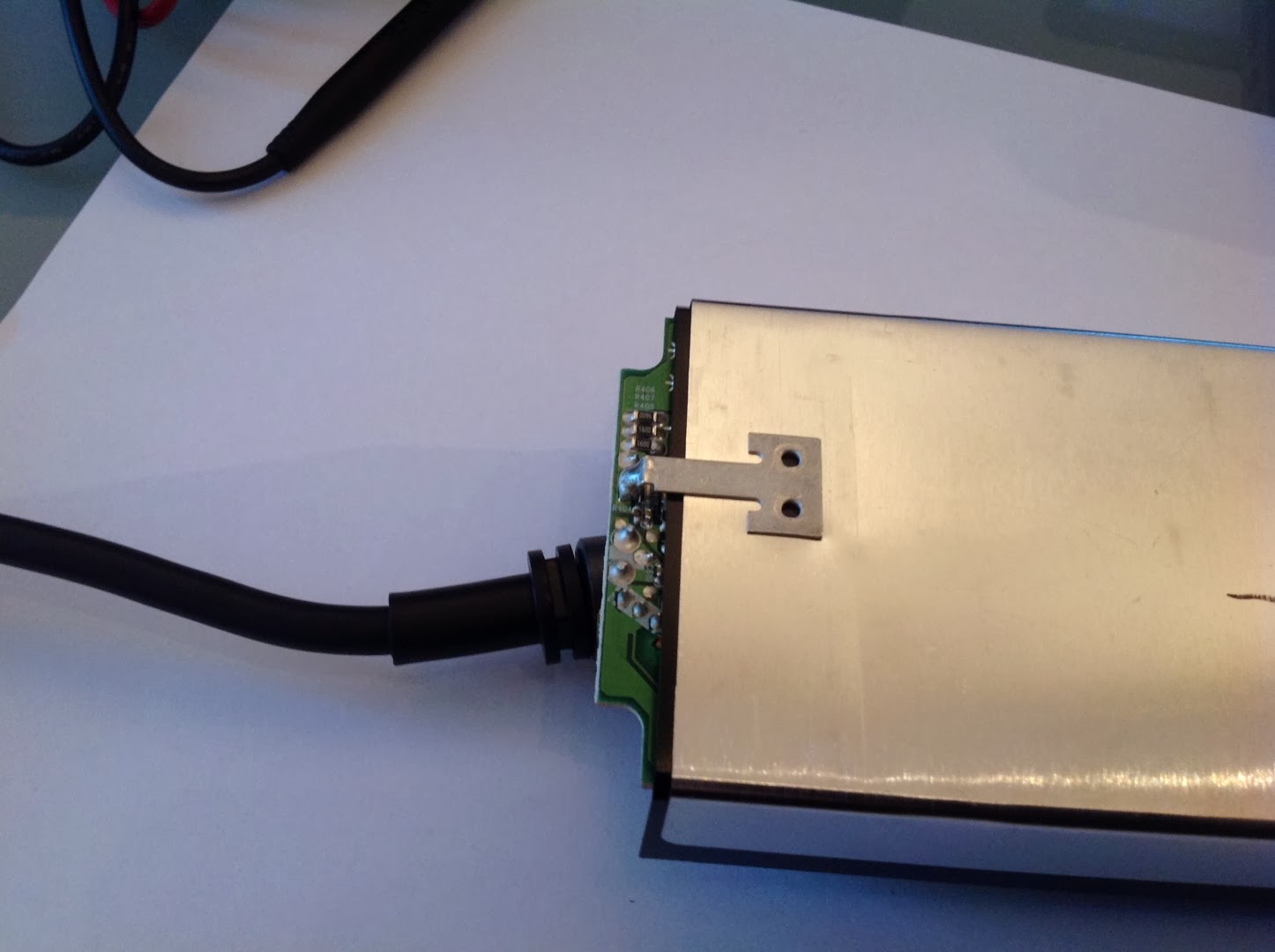 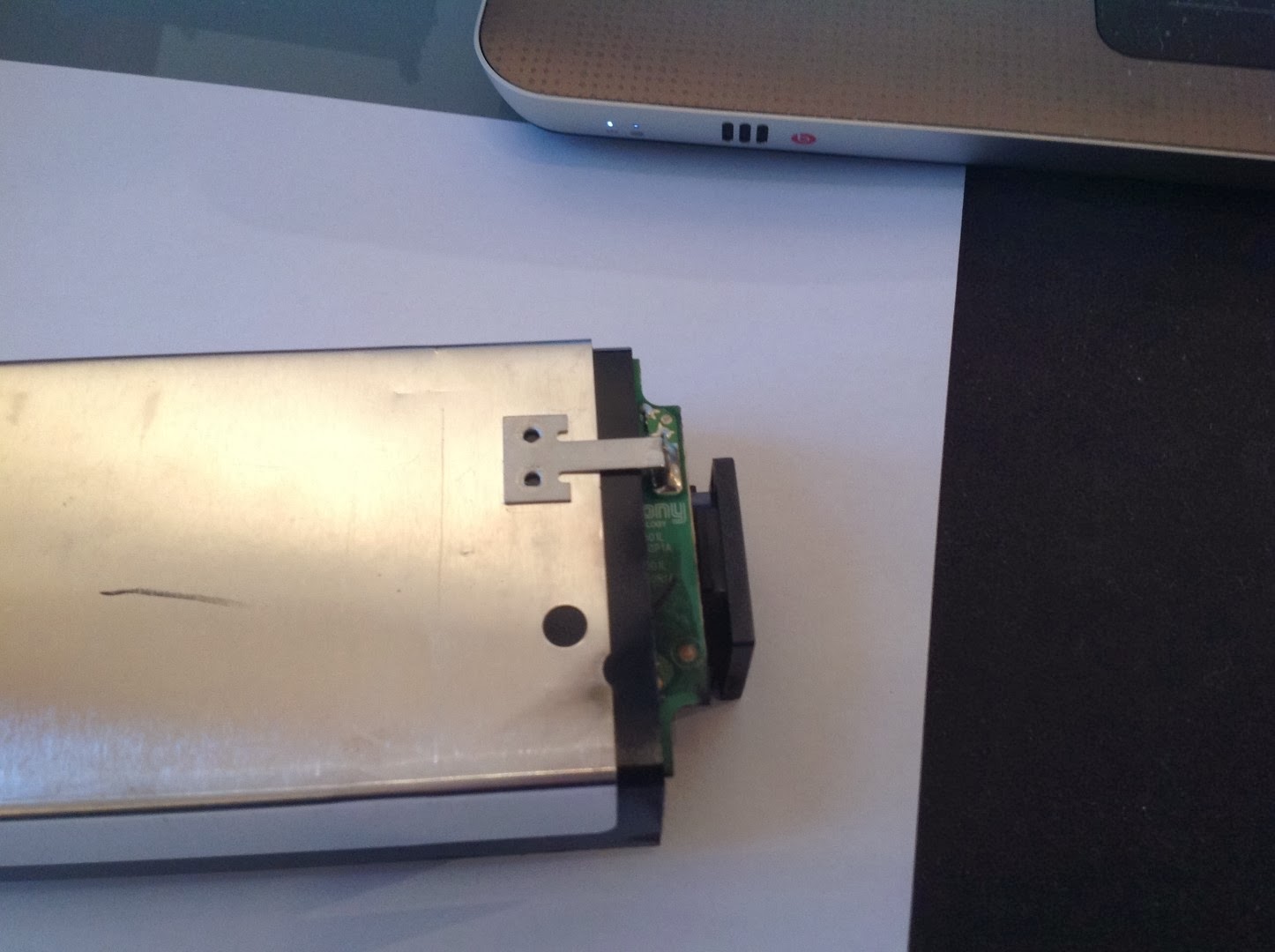 This reveals the base of the board, again it is clear to see where excessive heat has been present in the bottom right corner.

Markings on the board read: 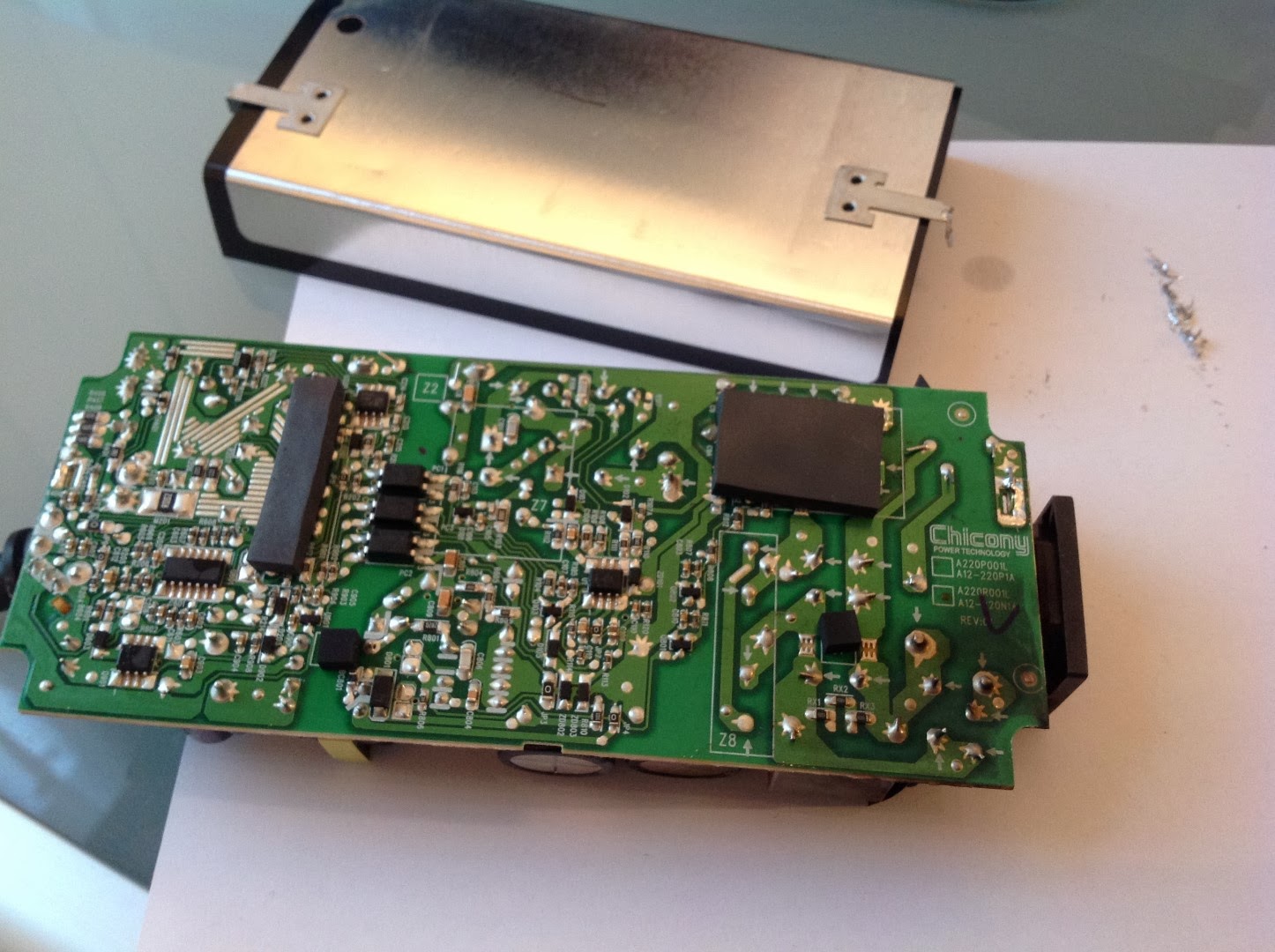 Some Russian and Chinese links where they are converting the 110v PSU's to 240v by removing a few components.

Email ThisBlogThis!Share to TwitterShare to FacebookShare to Pinterest
Labels: xbox one psu fuse blown, xbox one psu tear down